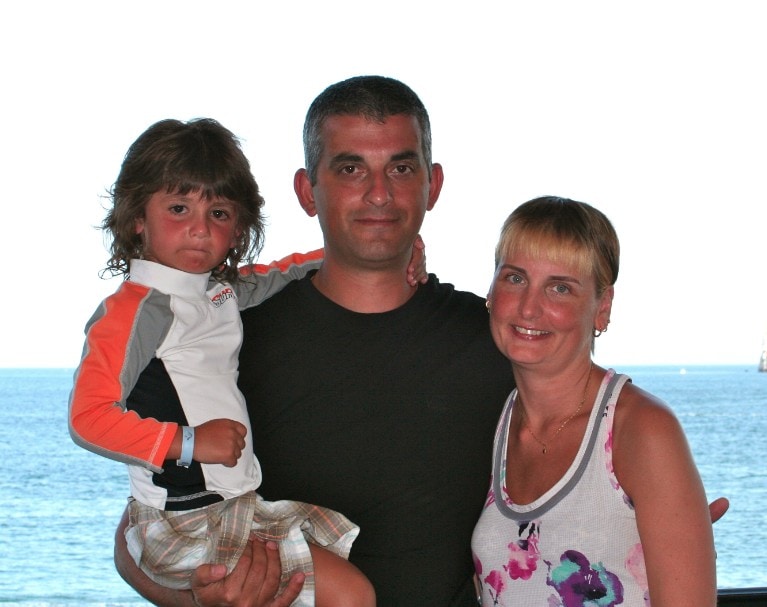 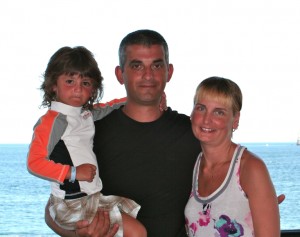 Motivated by a huge desire to create a business that would allow her husband to quit his job, Crystal decided nothing would stand in her way any more. Visions of fun family activities were dancing in her head – thinking of all the fun she would have with her husband and son once they were in control of their time and their financial situation.

When Crystal came to us in late 2011 looking for real estate coaching, the one thing that stood out for both myself and my husband Dave was her sheer belief that she was going to make it happen.

She didn’t have any real estate investing experience, she wasn’t that comfortable with computers – especially Excel Spreadsheets, and she had been looking at becoming a real estate investor for awhile without buying anything.

She was really interested in flipping property but was petrified of speaking to a contractor about doing renovation work.

“In the past I had looked at properties to invest in and if it required more than paint, I wouldn’t even consider buying it. I was truly terrified of renovations.”

Terrified? Yes! Paralyzed? Not even a bit.

Surrounded by support and people with experience and expertise, Crystal Rael, Victoria, BC real estate investor, dared to tackle her greatest fear – she took on her first fix and flip project and pocketed $45,000 in profit for her and her partner in 2012.

The money is great, but even greater than the financial pay day is the confidence she gained by diving head first into the one thing that scared her the most.

Once that project was complete she knew exactly what was next. She’s taking her investing south to Phoenix. The deal was barely closed and she was packing up her son and husband and heading to Phoenix to get to work. She sees that their money can go much further down there and getting out of the grey winters in BC is a big bonus for them too!

One month later she has lined up a few joint venture partners, set up her team and is just working through a few of the details around financing and corporate structure before she makes a move on one of the deals she has her eye on.

With her greatest fear overcome she is on fire. She now knows that she can do what she sets her mind to and is going for it.

Her first flip was a success – especially in a slowing real estate market – and she learned some important things she wanted to share with others that might be thinking of flipping.

Networking Pays Off – It Really Is About WHO You Know

“The numbers never work in Victoria” is something we often here. Yet someone Crystal met at a REAG Meeting brought her the deal. 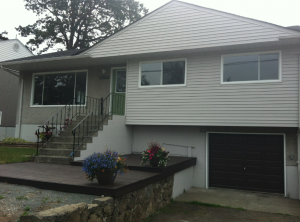 It was a great price for the area so Crystal didn’t even hesitate. “I never thought I shouldn’t do it. I wanted to do a flip and it showed up. So I did my due diligence but never questioned it.”

But the deal never would have found her if she hadn’t been out networking and meeting other investors.

In her initial plan she had factored in the cost for 2 kitchens but forgot to transfer the costs for the second kitchen into the spreadsheet she was using to track the budget. She also had not planned on paying for an electrician because her husband is a ticketed electrician and was going to do the work. Unfortunately he was so busy with his own work that waiting for him was was going to throw everything off schedule (which would have messed up the drywallers and painters), so she had to hire that out which was an extra $5,000 not accounted for.

“If we’d had these numbers in the budget we would have been right on. We had budgeted $50,000 for the renovation and spent $57,000 so not too bad for my first one.” Crystal explains.

So what were the numbers on this property flip exactly?

Not bad for 3 months of work!

Crystal says they planned for this project to take 6 months including time to sell but the renovation stayed right on schedule and the home sold fairly quickly with a fast possession so it was just over 3 months!

Crystal said the waiting was the most painful part of the whole process. “Once everything was done and it was listed on MLS and there was nothing left to do but wait for an offer to come in. Thankfully we priced it right and didn’t have to wait too long.”

If you’re thinking of tackling a flip, Crystal has 5 big lessons on flipping property she learned from this experience to share:

1. Find the right deal. This deal worked for her because it was under it’s market value, was in a great area and where there is a demand for properties with a suite. She also had a back up plan of renting it out if it didn’t sell (and with the suite she would be able to cover all her costs as a rental).

2. Make sure you get the right mortgage so you are not paying big penalties when you sell it so quickly.

3. Leave something on the table for the buyer. They priced it aggressively for a quick sale. If they were willing to wait longer to cash out they may have made more money but instead they priced it well and buyers recognized that and grabbed it.

4. Listen to your gut. Your brain might try to talk you into or out of something but listen to what your gut says.

Her biggest surprise in this adventure was that she had all the tools she needed. She is part of REAG and Rev N You’s VIP Coaching program so she’s surrounded by support and expertise. All she needed was to believe that she could do it. When she got that, she committed to doing it, had the right support and mentors around her, and everything else fell into place!

Crystal is excited for the day that her husband can quit his job and work with her full time so they have the time and financial comfort to hang out as a family more. That goal probably isn’t that far away with such a compelling motivation and the strong belief in herself that she now  in what she can accomplish. GO CRYSTAL!!

Want to make big things happen in 2013 in YOUR Real Estate Investing Business?

Save Yourself Years of Fumbling Around & Thousands of Dollars in Mistakes – Get Support, Steps & Accountability to make 2013 Your Best Year Yet!

Our year long coaching and mastermind program is ONLY for action takers. Our clients kick butt and we won’t settle for anything less.

If you’re committed to making 2013 the best year yet let’s chat. It’s by application and invitation only.